The World Food Prize announced, on what would have been Governor Ray's 91st birthday, September 26, 2019, that it will honor R.W. and Mary Nelson, founders of Kemin Industries, with the 2019 Robert D. Ray Iowa SHARES Humanitarian Award. The award will be given to the Nelsons for their profound humanitarian commitment as manifested in their outreach to remote parts of distant countries to alleviate the suffering of villagers and help rebuild communities affected by devastating natural disasters as well as their many works of charity and assistance closer to home. “From my first meeting with R.W. and Mary Nelson shortly after returning to Iowa to assume leadership of the World Food Prize until today, I have been incredibly impressed and deeply touched by their humanitarian instincts and commitment to alleviating human suffering no matter the ethnicity, religion, race or cultural background of the people involved,” said Amb. Kenneth M. Quinn, President of the World Food Prize. “ In that way, it can be said that R.W. and Mary truly emulate the humanitarian character that Gov. Ray displayed in his outreach to the Cambodian genocide victims in 1979 through the Iowa SHARES campaign.”

The announcement was made on September 26, 2019, at the Dr. Norman E. Borlaug Hall of Laureates by Amb. Quinn during the press conference announcement, held annually on the late Gov. Ray’s birthday.

“We are deeply honored by this award as Governor Ray was a true humanitarian in every sense and served as a pillar of community and leadership for Iowans and so many around the world,” said R.W. and Mary Nelson. “It is a privilege to serve the communities in which we live and work, and to give back into the world what we earn from our endeavors.” For decades, the Nelsons have been supporters of hundreds of organizations and have contributed significantly to central Iowa organizations, including The Science Center of Iowa, Living History Farms, Dowling Catholic High School, Drake University, Iowa State University and a variety of others focused on science and general education, affordable housing, disaster relief and the creation of vibrant communities.

In addition to their local endeavors, the Nelsons have been dedicated to humanitarian support around the country and the world.

A Selection of the Nelsons’ Humanitarian Accomplishments Over the Last 60 Years:

Kemin Industries, a global ingredient manufacturer that strives to sustainably transform the quality of life every day for 80 percent of the world with its products and services, was founded in 1961. For more than 60 years, the Nelsons have built their company based on the principles of servant leadership and have been committed to charitable giving, nonprofit partnerships, and service activities in communities around the world. 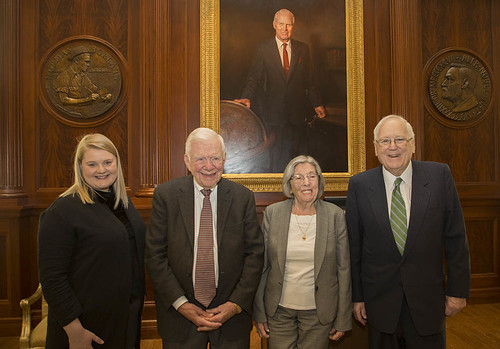